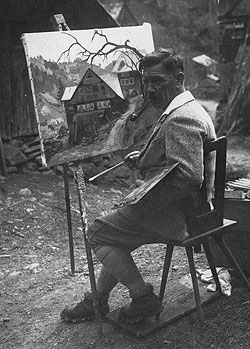 Black Forest farm in spring. Oil on canvas. Signed lower left.
H 38,1, W 50,1 cm.
Provenance: according to the consignor purchased in 1940/42 at Kunsthaus Straetz, Freiburg i.Br.; since then private possession.